skip to main | skip to sidebar

I have not posted here for a long time  but came across this important work by Dr Shawn Walker on physiological breech birth which I want to share.

I have updated this pamphlet again. The only change is related to the antibiotics which are now recommended and also a brief comment on immunisations which are being developed.
Here is a link for the new version of the pamphlet. As always you are welcome to use and adapt to your own circumstances while acknowledging the original source. If you do use this pamphlet it would be lovely if you would leave a comment to let me know. Or if you have any difficulty accessing it.
https://drive.google.com/file/d/0B_vcpJnsdquTQ1pfbDZURGRNLUE/view?usp=sharing
Posted by Carolyn at 3:34 AM 5 comments:

Group B Streptococcus information for women

I attended Sara Wickham's Queenstown workshops over this last week. Picked up on many things which I may blog about later. There was mention of my Group B Streptococcus pamphlet which some midwives kindly commented fabourably on.
This has stimulated me to repost this pamphlet again now. I have also loaded it to Google Docs which I hope makes it more easily accessible. It is published with a creative comments licence which means you can freely use it and adapt it to your own practice context and needs but please acknowledge that the I was the original source.
Here is the link  GBS pamphlet 2013
Posted by Carolyn at 11:03 PM 13 comments:

Documentation presentation with voice over

Anyone looking for this pamphlet I have loaded it to Dropbox as a free open document. You will need a dropbox account to access it but it is free to register and is not a hassle, no spam emails etc Here is the link https://www.dropbox.com/home?preview=GBS++2013.pdf As the dropbox link may not work for everyone here is a link to the same pamphlet on Google Docs. https://drive.google.com/file/d/0B_vcpJnsdquTN2ZvU25IM2YzT3M/view?usp=sharing

If you have trouble accessing please please leave a comment.
Posted by Carolyn at 4:47 PM 2 comments:

On the 12th June I attended a study day in Gore which involved a presentation from  Dr Kay Mckenzie from the 1000 day trust. This is a trust which is about vulnerable families with early parenting. It is an initiative which has received some funding to run as a pilot to see if it does make a difference. It is an important initiative for vulnerable Southland families and Kay is helping to make southern midwives aware of it so they can identify signs of parents who are struggling or not bonding with their babies and refer them on. This video is about the 1000 day trust.

Kay presented a video which demonstrates how an infant reacts to an attentive parent and also when the parent  ignores the child. It is pretty powerful, here it is.

What initiatives are there in your area to support vulnerable families?
Posted by Carolyn at 4:23 PM No comments:

Number of visitors to this page

My profile on WIZIQ

Welcome to this discussion about midwifery and midwifery education. Please feel free to leave a comment and contribute or just to peruse the contents of this blog. I took the photo at the top at Mossburn recently. I photographed the scene through my sunglass lens, hence the sepia effect. I hope you enjoy checking out the contents of my blog. Come back soon as I am always changing and updating.

If you wish to comment just hit the word "comments" highlighted at the bottom of the entry you are reading. A new window will open with previous comments at the top and a box for you to leave your comment and type in below. When you have finished typing hit the "publish your comment". button below. It should appear on my blog in a few seconds.

Thanks to all those who feel inspired to leave a comment, I will respond. 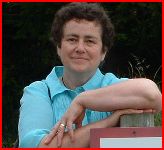 This is a Flickr badge showing public photos from midiwikied. Make your own badge here. 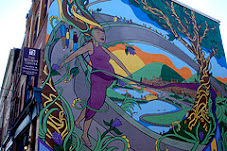 Links to some interesting things for rural midwives

Where do visitors to this blog come from?

All original material is available for use on a creative commons license, please attribute to me.

Subscribe to this blog. Add it to your RSS feed